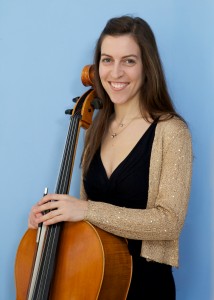 Jane Jewel studied at the Royal Academy of Music with Paul Watkins where she won the Herbert Walen prize and developed a love of chamber music, performing in several different instrumental combinations.  Since then she has had a varied musical career giving solo recitals, playing in trios, quartets, quintets and cello ensemble.  She has also freelanced with several orchestras including the Welsh National Opera and the Endellion Festival Orchestra.  Jane now lives and works in Bristol, combining class teaching in a secondary school with private teaching and freelancing.