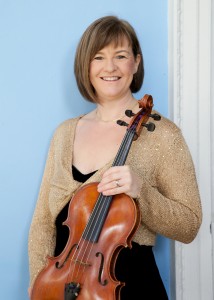 I graduated from Birmingham Conservatoire in 1989 where, in addition to my degree, I gained teaching and performance diplomas and prizes in chamber music performance.

After college, although I pursued a full time career outside of music I have always been a professional viola player on a part-time basis.

I am a founder member of The Lochrian Ensemble and have also been engaged in playing for groups and concerts spanning all musical genres.  I have particularly enjoyed being part of numerous stage shows and operas performed in the best theatrical venues in the West.

My 25 years playing with The Lochrian Ensemble has involved performing for many hundreds of engagements, from recitals and choral concerts to all types of social and corporate functions.  I have also been involved in all the Ensemble’s many varied recordings for film, television and CD release most notably:

Music takes up most of my spare time and I play in The Brandon Hill Chamber Orchestra which is made up of very talented amateur musicians and which attracts international soloists and renowned conductors alike.

Any other free time is spent on quality family time with my husband Paul and six-year old daughter Adelyn.