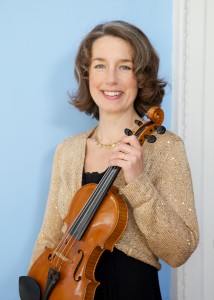 I gained a first class honours degree in music at Reading University specialising in performance and composition where I won prizes for solo and chamber music performance.

Following University, I co-founded The Lochrian Ensemble and still lead the group.  I also taught the violin in primary and secondary schools in Bath, Bristol and North Somerset.

I have worked as a soloist, including performances of Vivaldi’s “Four Seasons” at St George’s, Brandon Hill, Bristol and the Bach “Double Violin Concerto” with Luigi de Filippi on a tour to Portugal.

Currently, I lead the Opera Project Orchestra and work with a number of orchestras including The London Gala Orchestra and Bradford Baroque.  I particularly enjoy playing chamber music and work with The Lorien Ensemble and newly formed Quorum.  I also work with the City of Bristol Choir, Exultate Singers and a number of choirs and theatrical musical societies.

I have recorded extensively for television including, the BBC Series “The Private Life of Plants”, Songs of Praise and ITV’s Catherine Cookson’s ”The Gambling Man” and the film “Shadow of the Vampire”.

I live in North Somerset with my husband and two young children.  I have a passion for cooking and gardening and am enjoying being creative through a variety of art and craft workshops.